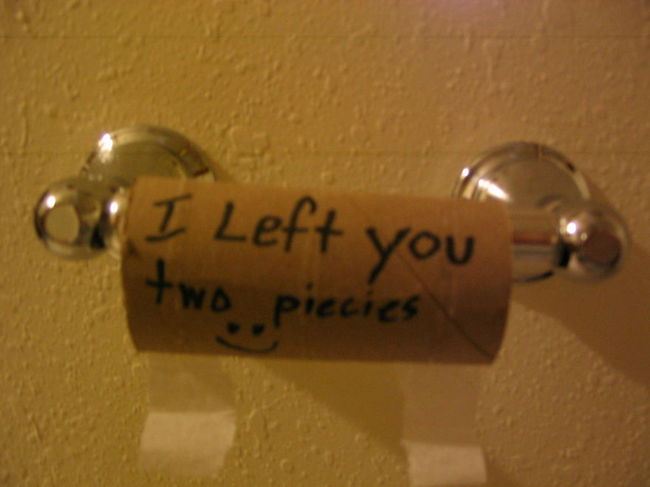 I’m currently at work, in my “second office”, wreaking havoc. I pity the poor bastard that comes in here after me, because there’s no amount of Glade air freshener that can conquer the smell that I’m producing. In addition, there’s no air conditioning in this bathroom, so I have to contend with sweat and the smell of dookie. It’s enough to make a grown man cry and throw up at the same time (which is pretty hilarious if you picture it).

I was sitting in my first office and tried to squeeze out a test fart. Instantly, I knew this wasn’t going to be pretty. So I clenched as best I could and waited for the right moment to strike. It took a little longer than I expected, which made things really awkward, if you were watching me on camera. I tried my best to look normal, but all i managed to do was look like an adolescent teenage boy trying to cover up a boner in the middle of class for the first time.